When it arrived in the US market in 1991 the second generation, mid-engine MR2 received great reviews as a performance bargain, a sort of “poor man’s Ferrari”. Nearly 20 years later it’s become a classic and has a thriving community of enthusiasts and aftermarket suppliers supporting it. 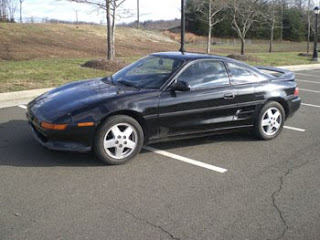 I have a 1991 Toyota MR2 (pictured) which I bought off of Craigslist about two years ago. At the time I wasn’t in the market for one but I had always wanted one, specifically a stock hard top model (only non-turbos were available as hardtops). Though the car wasn’t perfect, it met all my criteria and the price was reasonable. It would definitely need some work. Nothing major but work nonetheless.

The most important consideration was that it had not been wrecked. The body was straight and the problems were limited to minor mechanical or cosmetic issues. My goal was simple: To gradually “refresh” (restore is too strong a word) the car to close to its original condition, and use it for occasional road trips. Thus far it’s sat in the garage most of the time, barely accumulating any mileage.

With that end goal in mind I am now slowly documenting the process.